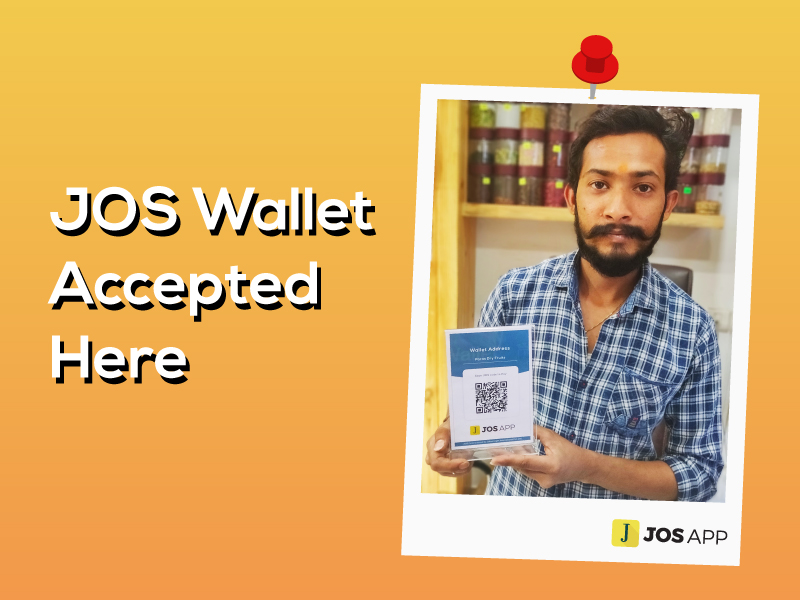 “Well, my friends and my family are my assets and I generate money through them.”

Through JOS, people are making money easily just by referring it to their close contacts. Not only that, even businesses are getting nearer to being digital and use weightless money from JOS wallet.

Refer and earn has been a successful step to ensure money flow among people, especially for those, who do not have bank accounts. You would not have to pay any taxes when you redeem the money earned through the JOS wallet. You do not need to run around to get the money encashed.

Throughout my life, I had only heard about ‘generating money for your business to function’, or people only worried about where would the funding come from, but most of them never had a solution. Now, look at the development.

With people just using a smart phone, they are generating money so effortlessly.

Taking example of one of the JOS users. He owns a dry fruit store, and he liked the concept of push notifications, which interested him to join us, later when he understood all the functions of the application, he not only is advertising himself, but also generating more money and also redeeming his earned money at other registered users with the help of JOS wallet.

With the very help of Refer and Earn, he is half way through regenerating the money he had spent on buying the subscription.

#JOSAPP is a revolution, and it is on the way to create more success stories.  When they say, “JOS wallet is benefiting businesses” it indeed is true. You can post unlimited advertisements, unlimited announcements and also earn unlimited money.

Few FAQ's which people usually asks us before they apply for one are listed below. We hope you find them useful.

You can redeem the money by going to any Jos “Around me” merchandiser where you can buy services or goods.

Employee or Employer can transfer any amount in the wallet to an other wallet. The minimum amount is Rupee 1

Only active Around You members (Merchant) can be part of the Jos Commission Wallet program. Therefore you as an Around You signee have to activate your account by subscribing for 6 or 12 months.

A active Around You member (Merchant) can redeem the amount in the Jos Commission Wallet by sending an invoice to Jos. Jos will pay the invoice amount within 3 working days.

We will not charge you fees for transactions you make using the Jos Commission Wallet.

Sharing is indeed new way of earning. Download #JOSAPP, start earning by referring and redeem money from your JOS wallet with our registered businesses.